What is a Bucky Ball?

Bucky ball is a spheric allotrope of carbon, with the formula of C60. It’s full name is Buckminsterfullerene, after Buckminster Fuller, but buckyballs is the common shortened name.

What is an Allotrope?

An allotrope is one possible structural way that atoms from the same chemical element can bind to themselves. By doing so they create a substance that differs in it’s properties from other allotropes of the same element.

The most famous examples of allotropes are diamond and graphite. They both consist of carbon atoms, and only carbon atoms. The difference between them is that the atoms of each substance bonds in two different crystalline structures. These structures creates completely different properties to the substance. The graphite is quite soft, whereas the diamond the hardest natural material known to man.

Buckyball is one more kind of carbon allotrope, alongside to diamond and graphite. It has the formula of C60, which means that it’s spheric shape is composed of 60 carbon atoms. These atoms are forming 20 hexagons and 12 pentagons that are bonded together to create a sphere.

So, to speak in more worldly manner, C60 has the shape of a hollow soccer ball.

What is the origin of Bucky Ball’s name?

The Buckminsterfullerene, aka Bucky Balls, was first created in a lab in 1984. A year later, a team of scientists recreated and researched this allotrope, and recognised its structure to be C60. This team was later awarded the 1996 Nobel Prize in Chemistry for that scientific work.

They decided to name this allotrope as “Buckminsterfullerene” as an homage to Buckminster Fuller. Fuller was a futuristic inventor that popularized the geodesic dome, a structure that closely resembles the shape of C60. He passed away only a year before the team started researching this molecule, leaving behind him a rich creative legacy. Mr. Fuller’s influence was also impactful on Sam Lanahan – the inventor of C6XTY. You can read more about Buckminster Fuller in the page that C6XTY dedicates to him.

The shorter name for Buckminsterfullerene more commonly in use is “Bucky Balls“. We can say it’s like a “nickname” to C60 and it denotes (with some affection) to both Fuller and it’s resemblance to a soccer ball’s shape. Other names are “Fullerene-C60” and “[60]fullerene”.

How C6XTY relates to C60 – the Buckyball

C60 has a unique geometry which is inherently stable, and it can withstand both high temperatures and high pressure. This property makes it well suited for carrying loads in compression, much like a ball bearing.

C6XTY (C-Sixty) is a patented micro / macro- material ‘architecture’ with unique performance characteristics. It is a patent managed by Flextegrity, an advanced materials technology company. C6XTY is a problem-solving technology, that deploys nature’s own geometry to create materials and structures, that are both strong and lightweight. It utilises C60’s inherent stability and ability to withstand high pressure, by using this brilliant structure to build materials in any scale- big as small. These materials are composed of many single C60-shaped unites, organised in a lattice-like arrangements.

We do not have to use only carbon as the base material. We can actually use a wide verity of materials as long as we use C60’s similar structure. This stable structure makes the materials we create well suited for carrying loads in compression. C6XTY materials can be applied in many ways. Applications vary from muscle replacements and computer memory to retaining walls, housing, and bridges. To read more about our technology, you can visit the Flextegrity Technology page. 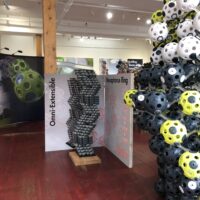 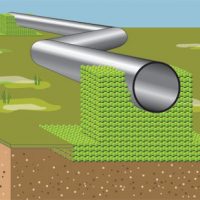 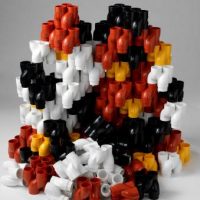 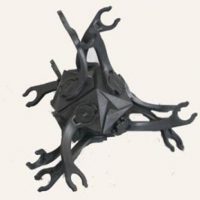 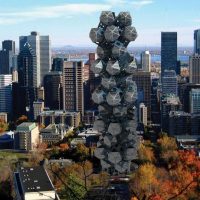 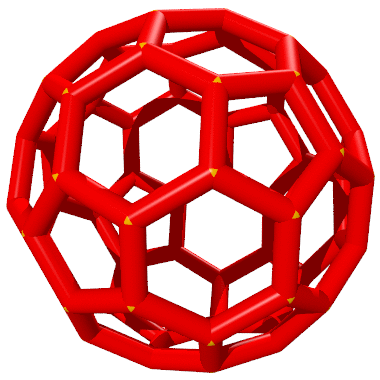